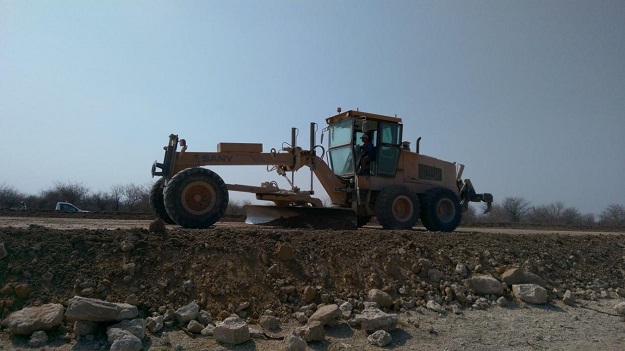 In 2013, 15 SANY SHG-series Graders took part in the road construction in northern Namibia, which connects the border road of Angola. Started in July 2013, the project was estimated to be completed in October 2017.

The local road condition was very poor, which required complex procedures to build the road. It needs to blend stabilized soil and dinas, level, compact, blend and level again. But SANY motor graders are very reliable which achieved an attendance rate of above 95%.

As a main border line between Namibia and Angola, the completion of the project can transform more than 0.1 million tons goods per month, which greatly enhances the bilateral trade.